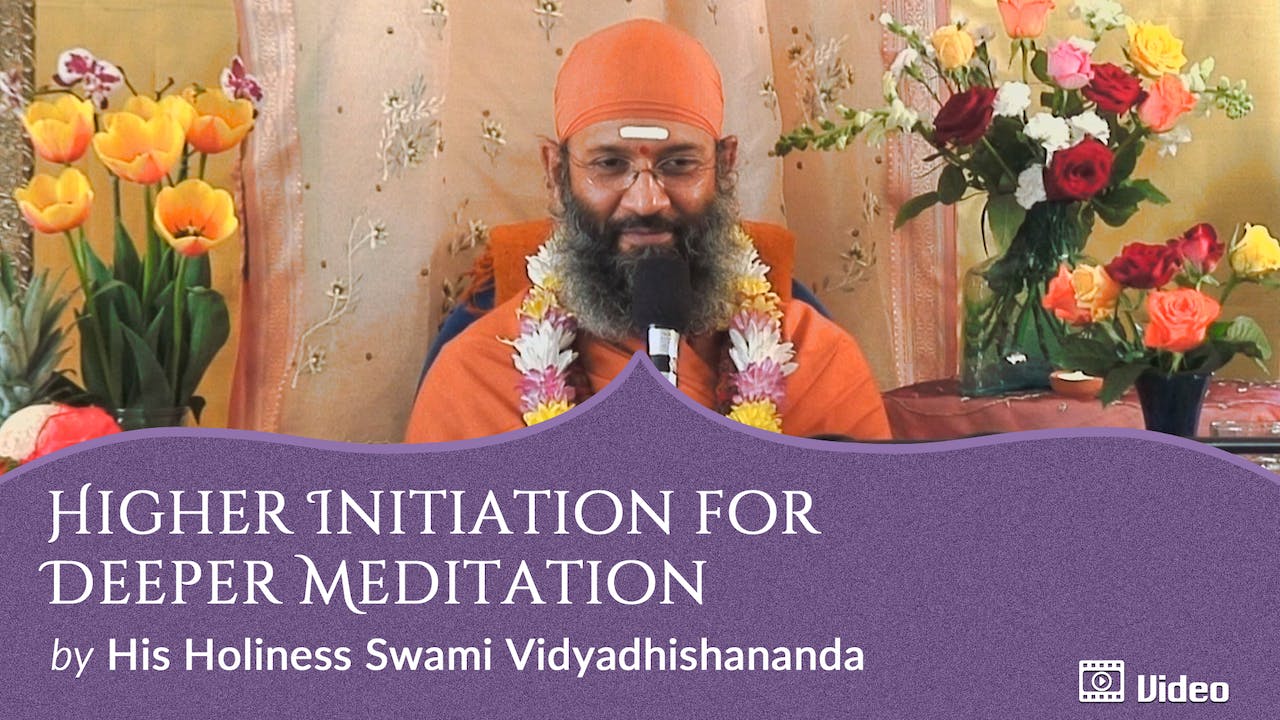 Sanskrit literature from the Vedic heritage promises that the blessings of a realized spiritual master (sat-guru) are an invaluable boon to a devotee on the path of steadily deepening meditation. The Sanskrit tradition further proclaims that the blessings of a spiritual master who is part of an unbroken lineage multiplies the divine grace manifold. An initiation with a time-honoured lineage thus confers the power of all the spiritual masters onto an initiate into a meditation practice. The initiation process with its progressive stages nurtures the aspirant and ignites the power of the meditation techniques. Initiation is said to bring about a release from the bondage of the phenomenal world. No initiation is possible without a spiritual master, and hence the succession of such masters!

This spiritual discourse by Himalayan meditation adept and Vedic monk, Swami Vidyadhishananda, outlines three traditional stages of initiation into advanced meditation denoted by the Sanskrit scriptural terms: Ānavi, Shākteyi and Shāmbhavi. The discourse includes sublime peace chants in Sanskrit as well as insightful commentary on the meditative meaning of Sanskrit verses. The video recording was made at a home fellowship offered on 18th February 2012 in Santa Barbara, California on the eve of the traditional nighttime meditation of MahāShivaRātri.