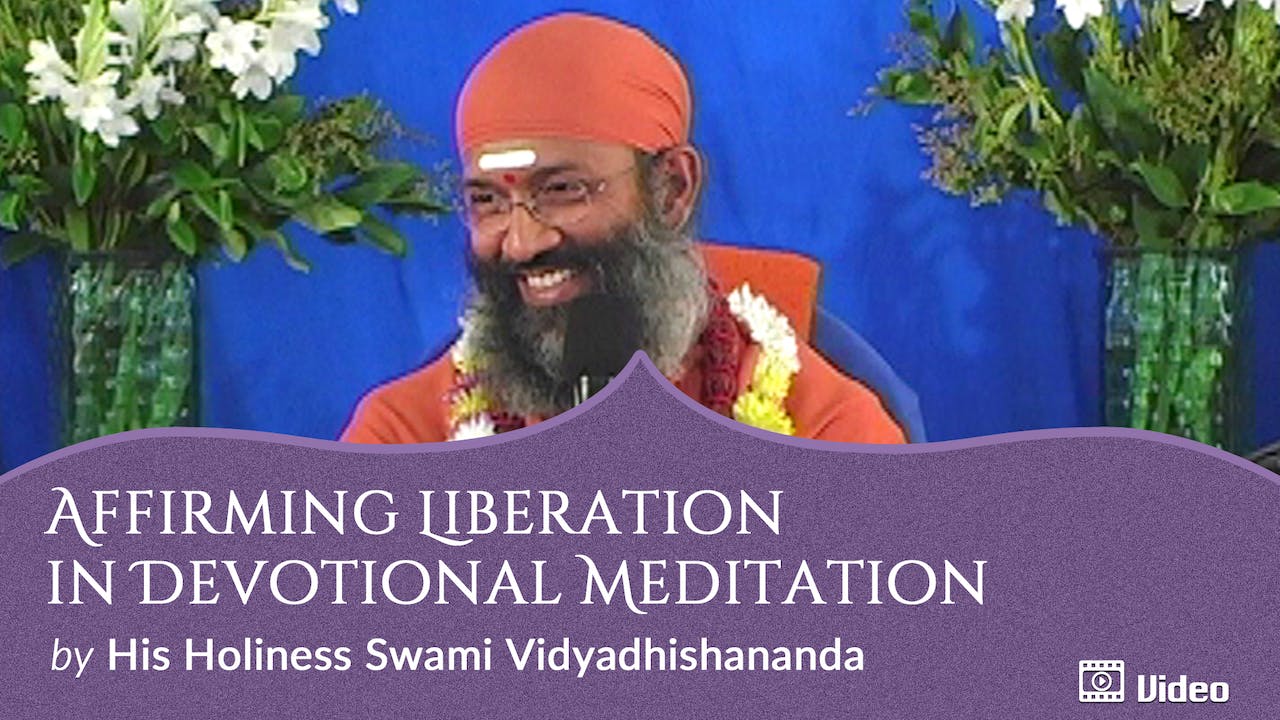 Sanskrit literature from the Vedic heritage promises that the ultimate mystery of life can be realized in human birth. Specific verses on liberation focus on final release from the cycle of birth and death. The tenets urge seekers to reach the highest goal of human existence. In this Vedic New Year Message on the goal of meditation, Swami Vidyadhishananda shares his realization on the Vedanta concept of meditation as in upāsana. It all starts by asking the right question and supplementing the inquiry with meditative affirmations. After an introduction to the principles of devotional intelligence, the Vedantic upāsana method of aham-graha is explored. Using riveting anecdotes, he delineates four godly realms of liberation we can ultimately reach by elevating our mental capacity. He finally touches on a higher upāsana of aham-graha, the meditation on the eternally liberated conscious entity of the formless God.

While acknowledging that the devotee and God are distinct conscious entities or beings separated by unequal mental prowess, Swami Vidyadhishananda explains how our own discrete consciousness is non-different form that of the Seer we call God or Brahman. He thus establishes the devotional meditation of Advaita Vedanta while correlating this with the Samkhya philosophical tenet of innumerable conscious entities with minds at differing evolutionary stages.

This video recording was made at a home fellowship offered on 24th March 2012 in Santa Barbara, California on the Vedic New Year.